Posted on December 22, 2015 by Alexander Szewczak

Long exposure photograph of the launch followed by the booster landing.  What goes up must come down — in one piece, in this case.

A new age of space exploration dawns as SpaceX has for the first time landed a first stage rocket booster used on an orbital mission. 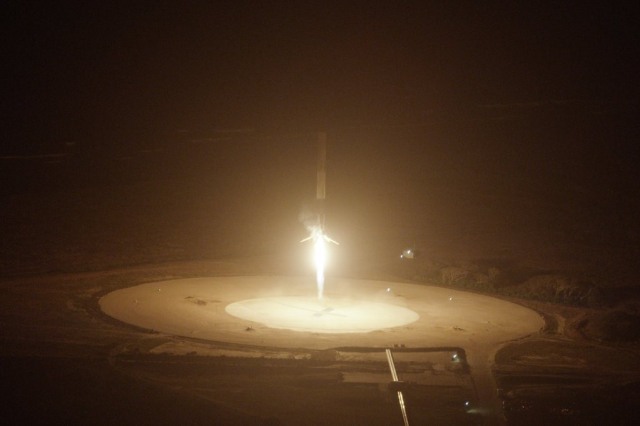 Some estimate that launch costs can be reduced 10 or even 100-fold if boosters — and their expensive engines — can be reliably returned rather than destroyed with each mission.  The fuel itself is a small fraction of the launch cost.

While Jeff Bezos’ Blue Origin also landed a sub orbital rocket recently after a short flight, the SpaceX booster was part of an actual orbital mission and hit Mach 7.5.  It also flew hundreds of kilometers away before it returned under its own power to the same launch pad.  Game.  Changer.  Arstechnica has complete details.